Based in Geneva, Switzerland, this exclusive company devotes themselves to making some of the most expensive jewelry and luxury watches in the world. Founded in the 19th century, Chopard uses only the finest materials for their wristwatches, jewelry and accessories. Rare gemstones, diamonds, platinum and gold are just a few elements present in Chopard goods.

Founded in 1893 by Mikimoto Kōkichi, the Japanese entrepreneur who created the first cultured pearl, the Mikimoto company focuses mainly on rare and luxurious pearls with which they create exclusive pieces of jewelry. To pair with these very special pearls, Mikimoto employs fine materials from 18-karat gold to gemstones, and from the best diamonds to silk thread.

The Italian luxury brand Bvlgari is without a doubt one of the most expensive jewelry brands in the world. Based in Rome, the style of the pieces designed by Bvlgari is quite distinctive: bold gold, Italian glamour, architectural style, colored stones, and their unique stamp.

Piaget is a Swiss company dedicated to the production of luxury wristwatches and exclusive jewelry. There’s no doubt about it, the company that was founded in 1874 by Georges Piaget is one of the most prestigious and most expensive jewelry brands on Earth. In fact, the Geneva firm has won many prizes for their watches and jewels, including the 2005 “Best Jeweler Prize”.

Graff Diamonds is a British company that claims to make “the most fabulous jewels in the world”. This London-based company is involved in almost every facet of the jewelry business, from design to retail distribution. Not only does Graff work with some of the rarest and most amazing diamonds in the world, but they also adhere to the Kimberly process, by which they don’t deal with so-called ‘conflict diamonds’.

Not only is Tiffany & Co. one of the most expensive jewelry brands in the world, it’s also one of the most renowned. Popular references to the American luxury brand are countless; probably the best known being Breakfast at Tiffany’s, of which there was both a book, by Truman Capote and a movie adaptation of it starring Audrey Hepburn.

Named after the surname of two master goldsmiths who were father and son, Mario and Gianmaria Buccellati, this Italian company focuses mainly on jewelry and watches. Naturally, the quality of their gold goods is impeccable.

The first luxurious French company on our list is Van Cleef & Arpels, a firm that produces watches, jewelry and perfumes. Some of the notable icons who have worn Van Cleef & Arpels pieces include Grace Kelly, Elizabeth Taylor, the Duchess of Windsor and Empress Farah Pahlavi of Iran. Van Cleef & Arpels creations are often ornamented with flowers, animals and fairies.

Whether you are able to afford high-end jewelry or not, you’re probably aware of name Cartier and have heard it more than once in your life. Probably one of the best-known jewelers in the world, Cartier also manufactures some of the most expensive pieces on Earth. This French company, which was founded in 1847 has since then provided celebrities and royalty with the most exclusive jewelry ever made. 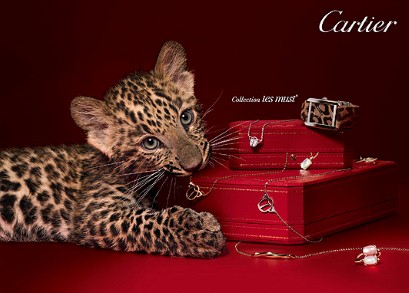 If diamonds are a girl’s best friend, then Harry Winston makes the most exquisite BFF’s. This American jeweler is probably best-known for acquiring the Hope Diamond, a dark blue rock that is one of the largest ever found, and carries a long and storied history stretching back centuries.