If you thought that year 2015 was filled with #superhero flicks and series, then get ready for #2016! The year ahead for films looks like quite the action-packed fest, from #Superman and #Batman together on-screen with #WonderWoman and the other popular DC and Marvel Comics universe characters are going to steal all the attention.

Batman v Superman or Deadpool? Its gonna be a year filled with tempting options.

Face-off of the greatest Super Heroes in the world – Superman and Batman.

Henry Cavill will reprise his role as Superman, while Amy Adams, Jesse Eisenberg, and Diane Lane among others will reprise their roles from Man of Steel. Ben Affleck will star as an aged Batman, with Gal Gadot as Wonder Woman. 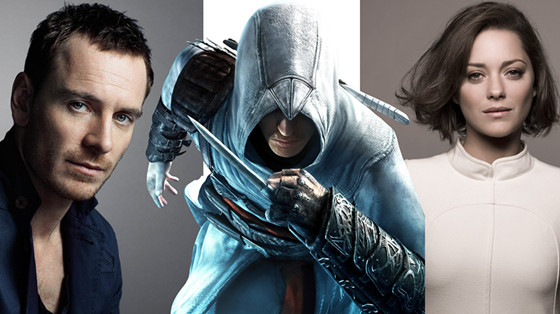 Based on the successful video game series of the same name, Assassin’s Creed is an upcoming action-adventure film directed by Justin Kurzel. The film stars Michael Fassbender as Callum Lynch and Aguilar.

The sequel to the much loved family classic, Finding Nemo, Finding Dory follows the amnesiac character Dory, and will explore the idea of her being reunited with her family.

4. FANTASTIC BEASTS AND WHERE TO FIND THEM

Kristen Wiig, Melissa McCarthy, Kate McKinnon, and Leslie Jones are the new Ghostbusters. An all-female reboot, directed by one of the hottest directors in comedy Paul Feig.

David Ayer (End of Watch, Fury), writes and directs the third installment in the DC Extended Universe about the titular anti-hero team. The film features an ensemble cast including Jared Leto as the Joker, Margot Robbie as Harley Quinn and Will Smith as Deadshot.

After being in development for about a decade, with different studios and writers connected, we are finally getting the Deadpool spin-off movie we wanted. Ryan Reynolds will reprise his role from X-Men Origins: Wolverine, and said that this version of Deadpool would be more “authentic” than the one that appeared in X-Men Origins: Wolverine, and would be more similar to the comic-book character.

The third installment in Paramount’s rebooted Star Trek franchise with Chris Pine and Zachary Quinto in the lead roles.